End of term at Westhoughton

WESTHOUGHTON Folk Club has now broken up for its Spring/Summer break. US singer-songwriter Dave Mallett played the closing concert to a packed and enthusiastic house. With his machine-gun guitar picking style, no-one gets through as many songs in an evening as Dave. A firm favourite.

The club re-opens on 23 September 2005 with the welcome return of another Westhoughton regular and top-flight artist, Allan Taylor.

Now what will I do with those two free evenings a week?

FOR guitarists: here's an unsolicited testimonial for the new 'flavour of the month' capo called G7th. Just got one. Seems to reduce the problem of capos putting the guitar out of tune and doesn't get in the way of the fretting hand so much.

Lots of official recommendations on their site from top players. Some say you can even tune up with the capo in place but I still managed to snap a string doing this - maybe the capo was too tight.

JUST received in the post - from Anthony John Clarke - a novel called "The Frumious Bandersnatch" by Ed McBain. Wonder why he sent me that? Concerns a young pop starlet launching a new single called "Bandersnatch", then being snatched herself by kidnappers. Not a comfortable read but good to know they've heard of Lewis Carroll in the US.

A WELCOME return to Westhoughton Folk Club by Cathryn Craig and Brian Willoughby. Thoughtful songs, stunning vocals from Cathryn, exceptional guitar playing from Brian, and such lovely people too. Pat Batty and I on stage with them at the end for the by-now-traditional encore - "Will the Circle be Unbroken" - with the whole audience raising the roof. Great show.

WELL here's a turn-up! 15th March: Recording with the Animals' lead singer and bassist, Peter Barton, at his studio in Clitheroe. Pat Batty and I added vocals and I improvised piano accordion on a couple of tracks for a forthcoming CD.

Animals and Friends are now a regular feature at Westhoughton Folk Club and go down a storm every time. Rock 'n' roll in a folk club - whatever next?

LOUSY weather, me breathing with difficulty, Dennis with a cold, and Alan absent due to a cracked rib (he really shouldn't climb ladders at his age!). PA operated by yours truly from the piano with soundman Neil gesticulating from the back.

Somehow it all worked and they've even asked me back for a solo appearance on 31 October 2005 and Ed will be there solo on 11 April 2005. 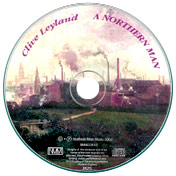